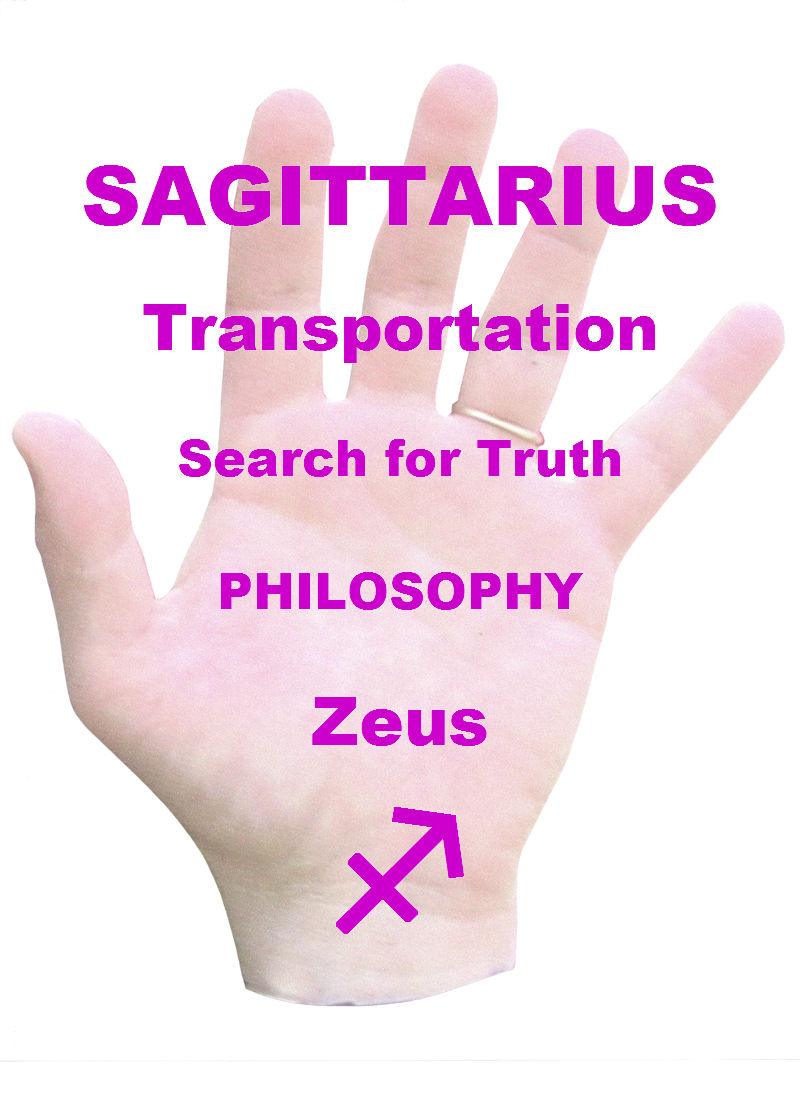 No matter what your sun sign, you may have a Sagittarius nature. Pure types have rectangular palms and short fingers with long straight and strong index fingers that stand away from the hand. Strong index fingers symbolize leadership abilities, pride, self-confidence, spiritual or religious affinities, truthfulness, generosity, and idealism in relationships. Pink coloration under the index finger adds enthusiasm and reveals a desire to make a difference. Hands in general tend to be pinkish and healthy looking with mildly flexible joints and firm elastic skin. Finger joints are not knotty and fingertips tend to be round or conical with loop and whorl fingerprints. They’re enthusiastic, idealistic, and confident. They hate being criticized. They love rich food and fine wine. Good luck and positive thinking are attributed to Sagittarius types.

Sagittarians are irresistible when they believe in themselves. They’re eternal optimists, honest and sincere, with friendly charismatic voices designed to persuade. Frequently accused of observing life through rose colored glasses, they tend to see people and circumstances as they want them to be instead of how they really are. Sagittarians are philosophical, expansive, generous, passionate, principled, proud, truthful, and spiritual. They love travel and take time to explore the sites and seek food adventures when they arrive at a new destination. They’re also nature lovers and naturally healthy types. Their physical problems usually result from overindulging in food and drink. Their dark side can be egoistic, tactless, insincere, judgmental, opinionated, hypercritical, hypocritical, impractical, grandiose, arrogant, dictatorial, vain, gluttonous, or philandering. Many journalists, judges, lawyers, priests, teachers, chefs, and salesmen are Sag types.

Robin has a mixture of Scorpio sun (Feeling) and Sagittarian hands. As you can see from her rectangular palms and short straight fingers, she’s an Intuitive type. She’s generous, honest, and truthful. Her inner Scorpion is strong and she must be vigilant to avoid the imprudent temptations that her Scorpio side so easily attracts. She’s a loving mom, fabulous friend, wonderful cook, incredible quilter, knitter, and an avid gardener. Robin’s huge heart and enthusiasm are contagious.

Bellerophon, master of Pegasus, is a mythic match for Sagittarius, which rules horses. Bellerophon was a likeable fellow; however, he depended on his charm, good looks, and luck to save him when his adventures went sour. He symbolizes inspiration and new ideas, which have to be taken with a grain of salt. Use caution if you’re buying a used car from him. Bellerophon’s hubris was his undoing as he tried to fly to Mount Olympus, home of the gods. Sagittarian types must choose a philosophy that helps them become an integral part of a working society and not a Don Quixote tilting at windmills or a person who has everyone else’s answers.

Sagittarius rules transportation. Sagittarians enjoy speed, taking calculated risks, and looking good. They leave racing to Aries and showing off to Leo. The gods of making cars must shift the paradigm of profit before people. Automotive industries need to be more truthful in their actions and spiritual in their visions. By perpetuating the illusion that expensive overly powerful gas guzzling vehicles are glamorous and sexy, car makers and marketers maintain the delusion that it’s OK to deplete our natural resources and pollute our planet. We don’t need hundreds of horses galloping under our hoods. Cars must be designed for our present and future health. We can profit from higher social and environmental consciousness. As our globe warms and fuel prices skyrocket, more fuel efficient, non-polluting, practical, and economical light weight transportation must happen or we will drive ourselves to extinction.

Look at the consequences of our current transportation paradigm. We can go anywhere at any time in the comfort of our cars. Our real and hidden costs are usurious as we guzzle gas, fight oil wars, deplete precious finite natural resources, and pollute our planet. Carbon monoxide hovers around us. Toxic smog poisons major transportation arteries. Traffic proliferates and coagulates like cholesterol on its way to a coronary. Young, old, tired, depressed, angry, drugged, and drunken drivers clot overcrowded roads like varicose veins connecting the festering infections we call cities. Unless we shift our transportation paradigms, we’re steering ourselves toward a dead end.

During the twentieth century, while Uranus, Neptune, and Pluto transited the sign of Sagittarius, politics, big business, and religion transformed forever. 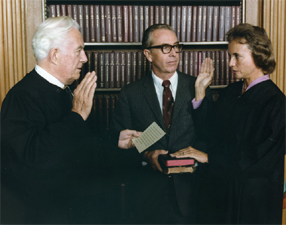 When Uranus transited Sagittarius from 1981-1988, political gender was shaken up. Sandra D. O’Connor became the first Woman elected to the Supreme Court. Geraldine Ferraro was the first woman nominated by the Democratic Party for Vice President. Benazir Bhutto became the first female prime minister of a Muslim country in Pakistan’s first free election since 1977. 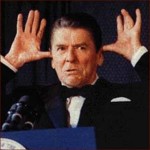 Uranus is a symbol for sudden and unexpected upheaval and disaster. AT&T’s monopoly was broken up by the Department of Justice. While Greenpeace was protesting France’s nuclear testing, their flagship Rainbow Warrior was bombed. The space shuttle Challenger exploded on takeoff while millions watched on their TVs in horror.

While Neptune transited Sagittarius from 1970 to 1984, the idealism of the 60’s was replaced by pessimism, marked by a lack of trust in national institutions. The war in Vietnam had made many people cynical. The Arab oil embargo of 1973 created a major energy crisis (allegedly teaching the USA not to take energy for granted) and catalyzed the opening of the controversial Alaska pipeline.

Neptune rules false prophets, delusion, deception, and victimization. Richard Nixon became the first President in US history to announce his resignation. New York became the first city in US history to be bailed out of bankruptcy by the federal government. A popular religious paradigm was shifted when the Catholic Church elected its first non-Italian pope in four centuries. Mother Theresa accepted the Nobel Peace Prize in the name of the poor. Televangelist Jerry Falwell founded the Moral Majority in 1979.

Pluto transited Sagittarius from 1995 to 2008. Pluto in Sag is a recipe for upheaval and transformation in politics, big business, and religion. Political extremism, corporate greed, religious fundamentalism, and terrorism came into focus across the globe. Israeli Prime Minister Yitzhak Rabin was assassinated by a right-wing law student, disrupting the Middle East peace process. Great Britain gave up control of Hong Kong. President Clinton resumed diplomatic relations with communist Vietnam. Hundreds of thousands of Black men flocked to Washington to participate in the million-man march. For the first time in 40 years, Republicans controlled congress. Y2K was not the end of the world. 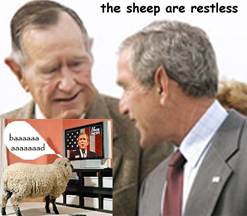 Sex scandals rocked the Catholic Church.  The House of Representatives impeached and later acquitted President Clinton for lying about his sexploits. Two students killed themselves after murdering twelve students and a teacher at Columbine High School in Littleton Colorado. The Unabomber was caught and sentenced to life in prison. The Oklahoma City bombing established large-scale terrorism by Americans on our own soil. Governmental power was transformed on 9/11, giving leaders ability to supersede human rights and civil liberties. A large political machine preempted war without world consent. A lair of corporate foxes ruled the hen house while a pack of political wolves became national sheep herders.

Saturn returned to Sagittarius on December 23, 2014, after a 30 year journey through the signs of the zodiac. Astrologers have pondered and prognosticated the effects that Saturn will have over three years while it passes through Sagittarius and into Capricorn around Christmas of 2017. Energy, transportation, communications, food industries, housing, healthcare, law, politics, and religious structures will be affected by Saturn’s transit through Sagittarius. Saturn is about taking responsibility and rules big business and bureaucracy. Our external problems are symptoms of false philosophical and ideological paradigms. Our global economy must be reformed in ways that are sustainable for all people. There will likely be a shakeup and shakedown of world leaders. I’m praying for a rebirth of nobility, dignity, integrity, and ethics.